Towering redwoods above my small, nylon home, with stars trying to penetrate through the canopy to my peaceful site in Jedediah Smith Redwoods State Park (part of the Redwoods National and State Parks).  I have the good fortune today to be beginning my first of 4 days amongst these giants.

The day began in Medford, Oregon, into which I had flown yesterday, a brutally long travel day.  My plan was to make a beeline for the campground at Jedediah, and begin my hiking in the woods.  My plan went pretty well, though I did get sidetracked a few times on my drive down through beautiful southern Oregon.  On one of those distractions, I found myself driving down Iliinois River Road, after seeing a sign for it being a national wild & scenic river.  Down and to my left I kept getting glimpses of a beautiful waterway I assumed to be the Illinois, though it turned out to be Deer Creek.  I drove for a good while before I decided I was getting too distracted from my original goal of hiking in the redwoods that day, and eventually turned around.  Here are a few shots of Deer Creek. 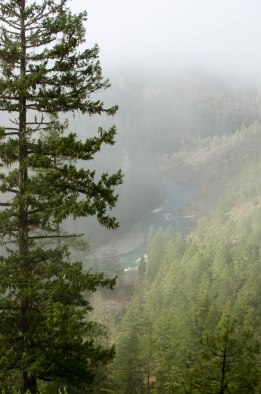 The rest of the drive provided plenty of opportunity for detour and distraction, but I kept pointed toward the redwoods, finally arriving around 1PM.  Jedediah has about 100 or so sites, though only about 30 are open in the winter.  I drove through the available sites, several along the Smith River, and several directly opposite nestled in what may have been a few old growth trees.   It was obvious this is was the most popular stretch of campsites.  Hoping for a quiet experience, I instead opted for a site on the other open loop, a bit more distant from the river (and facilities).  I found an amazing site with several second growth trees far away from any other campers. 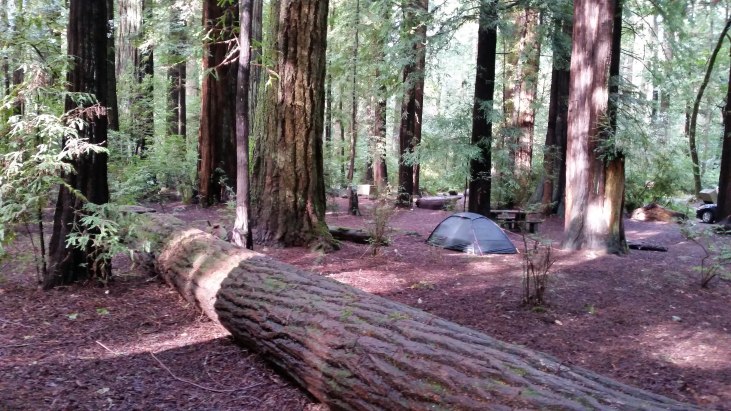 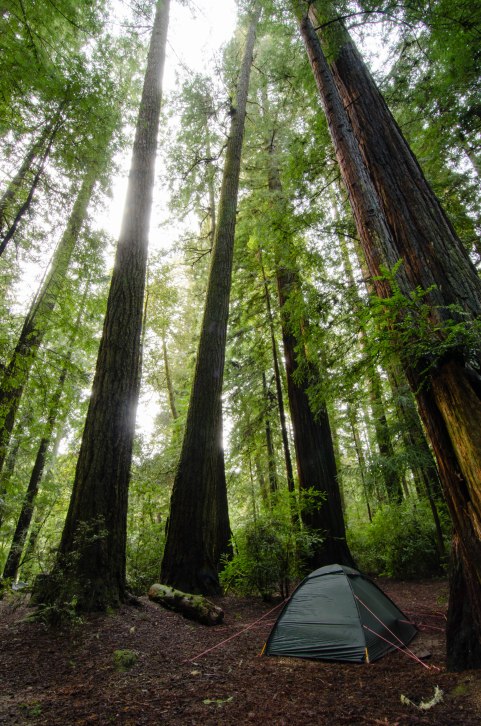 Quickly set-up, it was time to explore.  My chosen hike for the day being the Boy Scout Trail, which leads to Fern Falls, I pointed my car towards the muddy and rutted Howland Hill Road, a fantastic scenic drive on its own.  Howland Hill Road is essentially a one lane dirt curving through giant redwood trees – a hiking trail for your car (or Alamo’s in my case!). 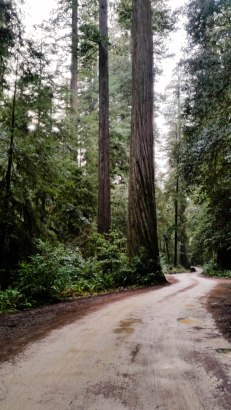 This was a great hike back to a nice little falls through an incredible display of redwoods.  In my 3.5 hours, 5.2 miles, and 750’ of total climbing in the woods I saw only 4 people, the last two of which cautioned me about going further without a flashlight.  Headlamp in bag, I kept going.  This was such a great way to slow down after a day and a half of travel getting here.  Such superb scenery.  It took me about two hours to get back to the falls, where I lingered for about 20 minutes before deciding I better get a move on. 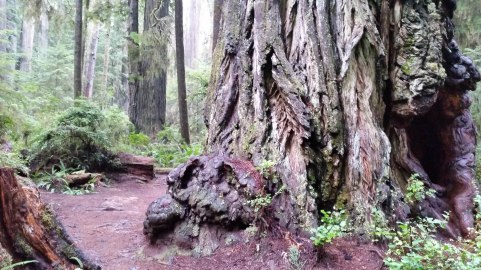 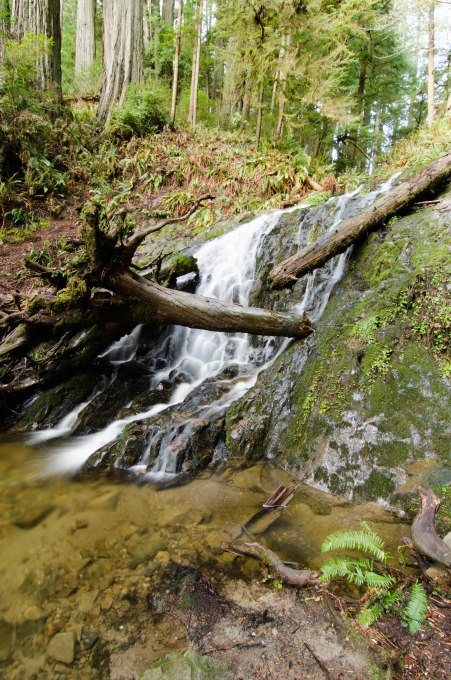 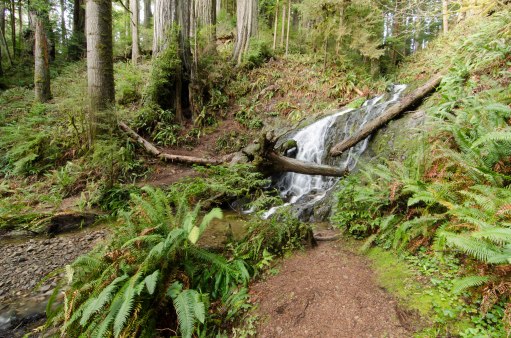 The couple’s warning about needing a flashlight if I proceeded was dead on correct.  It gets dark early in the woods of northern California.  The last 45 minutes of my hike back was in the dark, but the lack of light for picture taking did speed my progress.  I will say that I would not want to be without a light out there – it does get dark!

During my hike, I made a decision that would impact the rest of my trip – photography would not be the focus, hiking and connecting with nature would.  Thus, today, and throughout the trip, most of the photography I produced was taken with my Samsung 5S, which is actually a pretty remarkable camera.  Don’t get me wrong, I still managed to take 1,600 in 4 days, but most of the energy expended was on the documenting my trip rather than trying to make a great photographs.  When I did stop and use my Nikon, I did take lots of pretty much the same pictures – lots of experimentation, especially as with the humidity it was hard to see the result on the foggy camera screen.  But still, my focus was not on great photography, but on great hiking.

I was back to my tent at 8PM and quickly out for the night.

Here are a few more pics of the Boy Scout Trail – maybe not as good, but they show the trail a bit more. 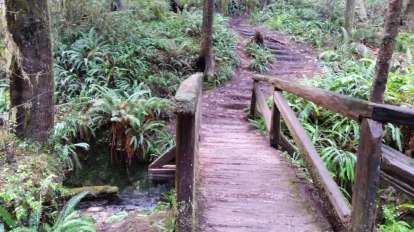 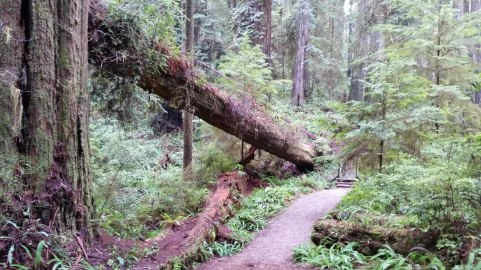 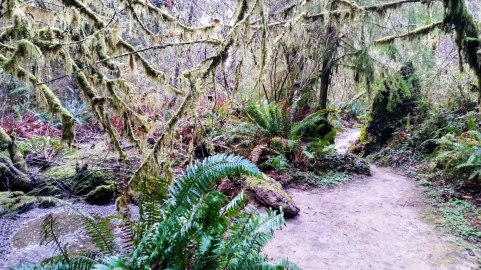